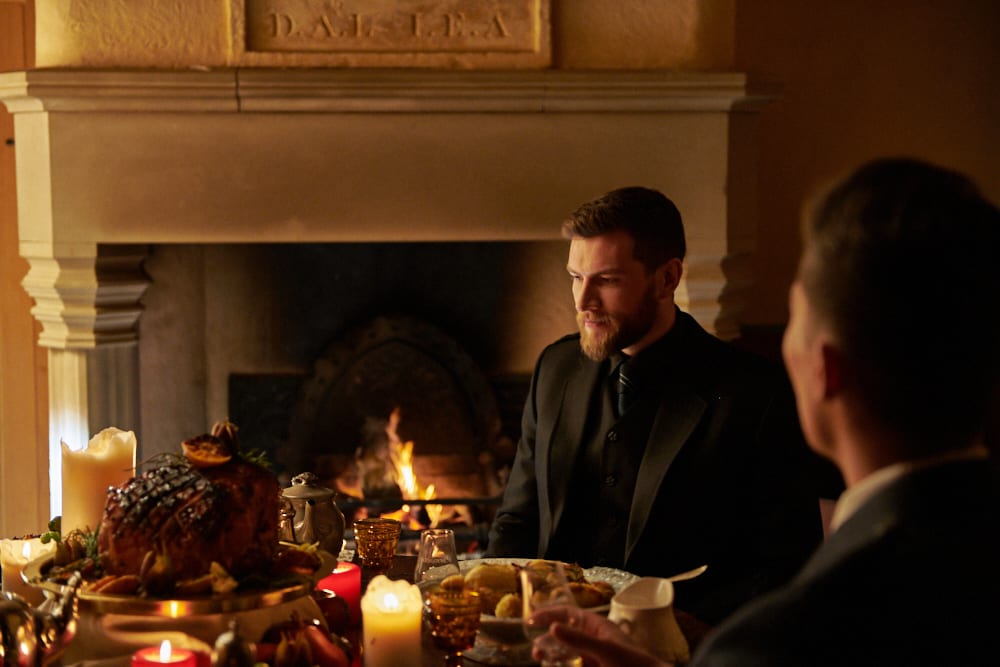 For many years now, The House of Edgar has been the worldwide market leader in Highlandwear combining a fully flexible service with value for money. More than 1000 Clan, District and Irish County tartans in a variety of weights and compositions are held in stock, together with a comprehensive range of Highlandwear products.

The House of Edgar’s roots can be traced far back into the 19th century when it originated in Edinburgh as a wholesale draper to the tailoring trade in the city, providing them with tweeds and other fabrics. The Macnaughton Group acquired the company in 1965 when it was sold by final proprietor, William Edgar.

At that time, The House of Edgar had available a range of some 24 tartans. In the past four decades this has increased hugely to the point where now many hundreds of different tartans are produced with more new and original designs added each year.

For many years now, The House of Edgar has been the worldwide market leader in Highlandwear combining a fully flexible service with value for money. More than 1000 Clan, District and Irish County tartans in a variety of weights and compositions are held in stock, together with a comprehensive range of Highlandwear products.

The roots of Macnaughton Holdings can be traced back to the late 18th Century. Alexander Macnaughton had been a tenant farmer at Remony, near Aberfeldy in Perthshire, until 1783. In that year, he set up a small spinning mill with the purpose of processing not only his own wool, but also that of his neighbours.

Two of his six sons continued this trade at Remony until 1835 when two great-grandsons, Alexander and James, crossed the valley and founded the firm A&J Macnaughton in Pitlochry. This move took advantage of the coming “age of the railway” by relocating next to the mainline to the north. In addition to operating the woollen mill, the brothers set up a shop to cater for the needs of the ever-expanding local townsfolk. This shop sold not only wares from the mill, but also had what must surely have been one of the Highland’s earliest delicatessens. 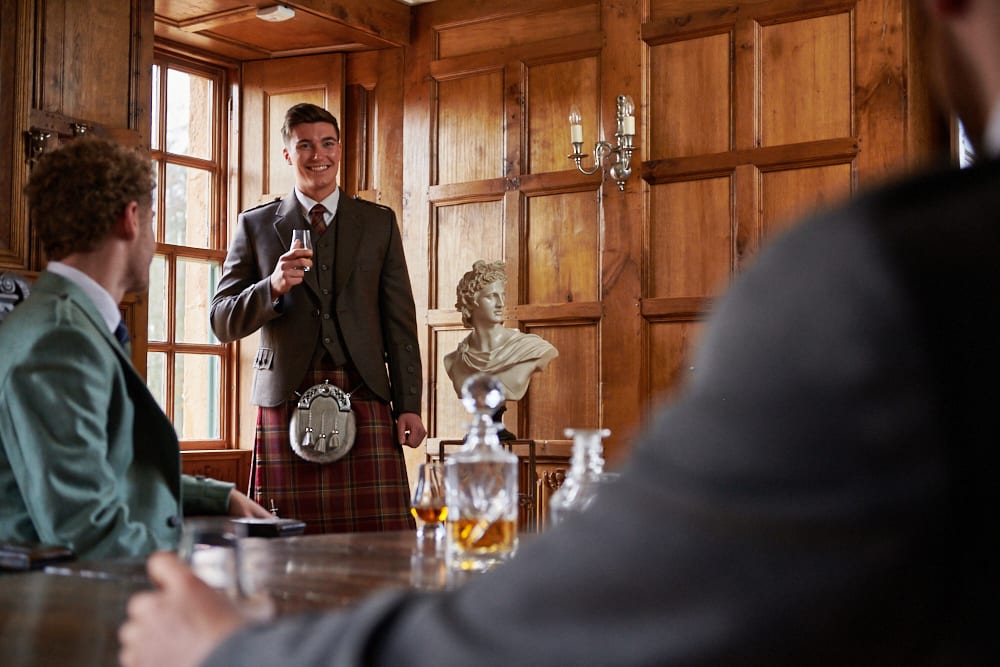 The shop became rather well known and even enjoyed Royal patronage in the form of Queen Victoria as Pitlochry was the nearest station on her trip North to holiday at Balmoral. She and John Brown were frequent visitors, especially to the rug department prior to the cold trip on horseback through Glenshee to Braemar. For many years, the shop proudly displayed a telegram from John Brown stating “The Queen is much pleased with the rug”.

The firm continued to prosper during the 19th and 20th Centuries with its management being passed from father to son unbroken through the generations. The 2nd World War from 1939 to 1945 was generally kind to textiles and the firm propspered throughout, manufacturing blankets and fabrics for the forces and tweeds for everyday life.

After Alan Macnaughton’s death, A&J Macnaughton was incorporated as a private limited company in 1957. A period of diversification followed with the takeover of the House of Edgar, as already mentioned, along with Dumfries based weaver, The Isle Mill Ltd. These additions to the group moved to Pitlochry and Aberdeen respectively.

With the general growth of tourism in Pitlochry through the 1970s, and the ever continuing housing problem for skilled textile workers from outwith the area, the pool of labour willing to work in manufacturing eventually dried up. In 1983, the decision was taken to close the Pitlochry mill and transfer production to The Isle Mill in Aberdeen where it operated until 1992 when it moved to Keith.

Following the decision in the 1990s to focus on our continued sales growth, the company moved in 1999 from Pitlochry in Highland Perthshire to larger premises in the more central location of Perth. Our purpose-built in Perth now house all our Head Office functions, a showroom and new warehouse and distribution facilities

If you need help with the stockist finder or you can’t find a stockist near you, please contact us and our team will be happy to help.

Please download our application form below and return to [email protected]